Your beagle Abode August 5th 2022 is OUT NOW

Sometimes art is rubbish. And it should be. The popular ReVive Art Prize returns to Eurobodalla in 2019. Eurobodalla Council’s arts coordinator Indi Carmichael said the exhibition was a real conversation starter about consumption and waste. “This is the sixth edition of the ReVive Art Prize,” Ms Carmichael said, “with the prize becoming a biennial event in 2017. “It’s one of the shire’s best-loved art exhibitions and will be held at one of our best-loved art spaces, the Basil

The latest Living in Eurobodalla newsletter is OUT NOW - HERE Delivered to every household and mail box in the Eurobodalla this four page newsletter brings you Council news and what's on for the coming months. Hopefully, with nearly 40% of our home owners as non-resident ratepayers publishing the latest newsletter link here will keep them further informed of what is happening in the council and around the shire. If you missed out on a delivery or live outside of the Eurob 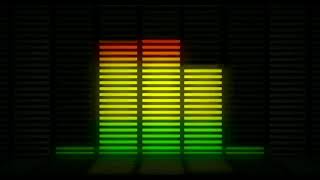 Mayor Liz Innes, in an interview with Simon Lauder of ABC South East, voiced her frustration over the delays in the State Government review of the Eurobodalla Rural Lands Strategy. With the promise made by then Planning Minister Roberts that signing off of the Strategy would be one of the first tasks of the re-elected NSW Liberal Government the mayor advised the ABC that unfortunately there was a change in that minister and the new planning minister, Rob Stokes, "has had t

Owners of heritage properties in Eurobodalla can apply for grants from Eurobodalla Council this month to help them restore heritage items to their original glory.Grants of up to $5,000 are available for projects that enhance individual places, buildings and historic streetscapes and promote the appreciation of Eurobodalla’s history. Council offers the Local Heritage Places Grant program every year to raise awareness of heritage conservation, with a funding contribution from

The Beagle Editor, Your readers, Council and Councillors might be interested in our latest media release. when fools rush in … In an extraordinary development in the public debate over the Fluoridation of public drinking water supplies by Australian councils, Port Macquarie-Hastings Council (PMHC) has resolved to publicly release legal advice that it is in breach of Therapeutic Goods legislation by fluoridating the shire’s drinking water supplies. The BVSRRA understands

Councillor Phil Constable raised an issue of urgent business regarding NSW Road and Maritime services has proposed to ban the right turn off the Princes Highway at Centenary Drive, Narooma. The RMS has sought feedback by 9 July 2019. The Mayor declared the item urgent, as Council would not meet again until 30 July 2019 and the matter is of importance to the Narooma community. Centenary Drive accesses local beaches, the Narooma Boardwalk, Apex Park boat ramp, Mill Bay boat 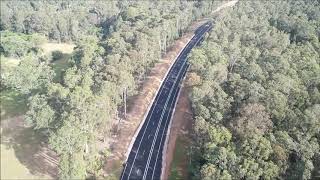 Council advise that the south Batemans Bay bypass is a step closer to reality, with their construction of Glenella Road between George Bass Drive and Heron Road now complete. In their latest e-news Council says "Connection of the new road with the Princes Highway now falls to Roads and Maritime Services, which is developing designs for the highway intersection after allocating $30 million to the project in January. Council's $10 million part of the project was funded by the

Eurobodalla Council is one of 18 local governments to join a ground-breaking program to help communities save energy and cut power bills run by the NSW Office of Environment and Heritage (OEH). The Sustainable Councils and Communities Program is a $1.7 million, four-year pilot program working with 18 councils to help them better understand their energy use. The program is funded by the NSW Government’s Climate Change Fund to help councils with limited budgets become ‘investme

Councillors: too thick or just indifferent ?

The Council meeting this week saw Mr Jim Bright present to Council during the now Unseen and Unheard Public Forum. Mr Bright presented on a serious topic that he hoped would advise the councilors that there was something very stinky in the way Council selects its reviewer for Codes of Conduct complaints "Let me state categorically – at all times between June 2016 and now, the ESC was legally obliged to have had its own panel of reviewers in place – but it did not do so. A 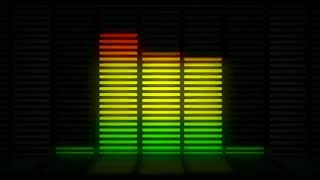 Councillors move to grant themselves a 2.5% increase

There was considerable discussion around the vote to be taken by Eurobodalla Councillors at yesterday's Council meeting as to whether they should vote themselves a pay rise. While the Local Government Remuneration Tribunal had set the mayoral and councillor fees for the 2019-20 financial year, with effect from 1 July 2019, and determined that a maximum increase of 2.5% could apply Councillors were asked by a speaker during Public Forum as to whether they should vote themselve

Eurobodalla Council has approved its to-do list for the next 12 months, with the adoption of its latest Delivery Program and Operational Plan on Tuesday. Council expects to manage an income of more than $119 million in 2019-20. More than half of this will come from ratepayers, with the remainder from user fees and charges, grants, contributions and investments. It will spend $75.4 million on capital works projects throughout the shire, more than $13 million on local roads, br

As the weather cools, Eurobodalla Council is reminding residents that open burning in residential areas, particularly of rubbish and green vegetation, is not permitted. Council’s acting environmental services manager Nathan Ladmore says this includes burning dead and dry vegetation in incinerators and bonfires. “Burning rubbish, leaf litter and other vegetation at residential premises can cause smoke, resulting in poor localised air quality, environmental nuisance and harm to

Watch out for anyone sidling up in the pub saying "Psssttt - wanna buy a cheap van?" One of Council's site vans - like this one - was stolen this week while it was parked on private property on Broulee Road. The van has a gas fridge, stove and a toilet and frustratingly, two of the Council staff also lost all of their TAFE work in the van at the time. The Council signage was removed and left behind at the site but if anyone knows anything, please let Council (44741000) or the

Tourism industry on a high with increased visitation

As Eurobodalla Council’s tourism team prepares to take the shire’s destination marketing in a new direction, latest tourism data shows visitation appears to have improved in the December 2018 Quarter (latest figures). Source: It is understood that the Eurobodalla Council has several strategies either adopted or in the pipeline setting out what they believe will be tangible actions to boost tourism and ultimately the local economy in the areas of destination marketing, events,

How deep are our pockets : your rates are going up while the Mayor and Councillors will no doubt gra

Next Tuesday Eurobodalla Councillors will be voting on whether they should grant themselves a 2.5% increase. This decision will be made on the same day they put out the latest Fees and Charges for use of Council facilities from pools to playing fields and halls, water use, sewer use and tip fees that have all taken a hike skyward. The vote for a fee increase is to be delivered in the same report that says the annual Ordinary Rates for 2019-20 are 2.7%. The Environment Lev

A new funding program will encourage organisers of sport and community events to help showcase Eurobodalla as a year-round cultural and leisure destination. The grant program is just one of many to-do items listed in the draft Eurobodalla Event Strategy 2019-2023, endorsed for public display by Councillors at the Tuesday 11 June Council Meeting. Shire Mayor Liz Innes said the five-year blueprint will drive a year-round calendar of events, in a move designed to boost the shire

Eurobodalla Council’s successful youth employment training scheme will be expanded to businesses shire-wide under a new initiative aiming to tackle youth unemployment. Branded as ‘Y-Train’, the program will help Eurobodalla businesses employ young people as trainees or apprentices and support them through the process. Council’s employment and training project coordinator Rhonnie South said there were already great financial incentives for local businesses to employ young appr